With multiple professional and accrediting bodies involved, it can be difficult to keep track of what the various published MRI safety recommendations and guidelines in the US say.

We believe one recent update has far more implications for Joint Commission (TJC) accredited facilities than most will be aware. We asked Metrasens’ Consultant Tobias Gilk to summarise why, if your site is TJC accredited, the need for both the ACR 4-Zone system and ferromagnetic detection systems (FMDS) should now be seen as an essential requirement for facilities, regardless of their state’s local standards. 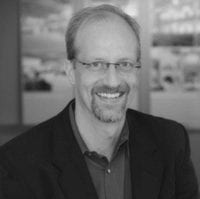 “I’m probably one of the people most attentive to MRI safety rules, regulations, and accreditation standards in the United States, but it appears something quietly snuck-into the requirement mix while I was looking elsewhere.

With regard to the ‘bricks and mortar’ requirements of hospitals or imaging facilities, the individual states have their own standards and codes that govern how the local healthcare facilities need to be designed and built. When existing facilities are modified (for example, with the installation of a replacement MRI), typically the affected areas need to be brought up to date to whatever the current state standard is.

While this general methodology is pretty consistent from state-to-state, the standards used as the metric for appropriate healthcare facility design vary – substantially – across the US. Below is the crazy Rorschah colored inkbot of a map that illustrates what versions of hospital design standards are the minimums for each US state. 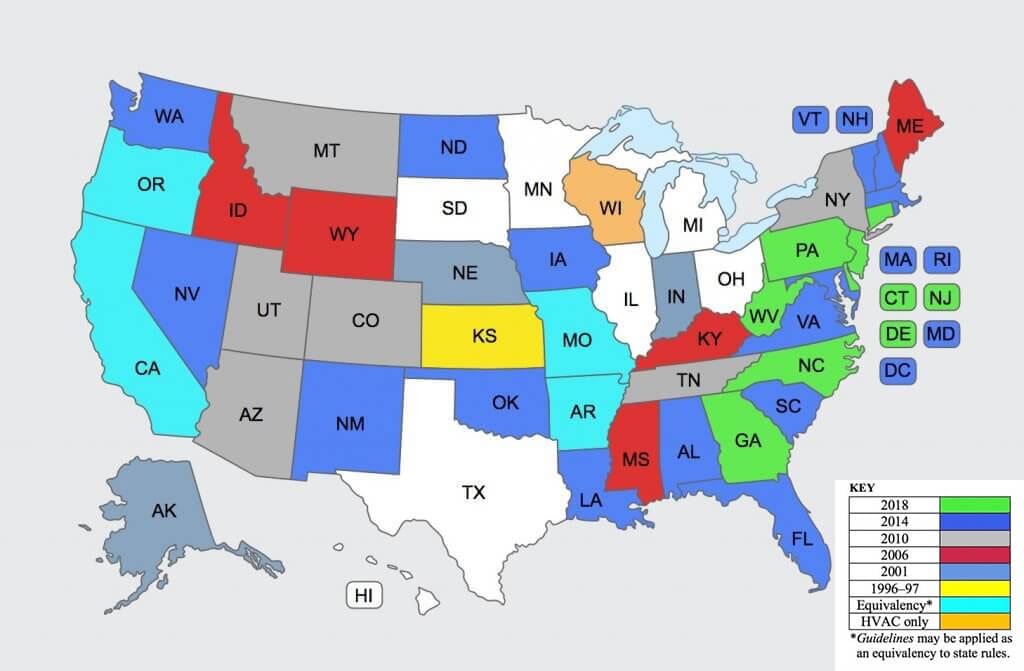 This means that a hospital built in Kansas (in yellow) could have substantially different design requirements than a hospital in adjacent Colorado (in grey), or Nebraska (in blue-grey), or Missouri (in teal) or Oklahoma (in purplish-blue). While most states use (or reference) the Facility Guidelines Institute (FGI) design standards, the multiple updates are adopted when each state decides, and the different releases may require different minimums for any given part of the hospital. Certainly this has been true for MRI.

The 2006 edition (and prior editions) of the FGI Guidelines didn’t require either ACR 4-zone or ferromagnetic detection systems for MRI suites. In 2010, the Guidelines were updated to explicitly require the ACR 4-zone, with wording requiring the provision of ferromagnetic detection systems (with the intent that FMDS would be provided, either by the owner or the builder). In the 2014 edition, the ACR 4-zone requirement remained, as did the language about providing FMDS.

While the United States is a patchwork of state requirements, the single most unifying standard for hospitals across the country is TJC and their accreditation standards. While many don’t realize it, TJC also has ‘bricks and mortar’ standards for the facilities they accredit, and this is the source of snuck-up-on-me requirement.

It had been my understanding that TJC gave their accredited facilities an ‘either / or’ proposition… Either your state has a design and construction standard which you much follow, or you will design to the FGI Guidelines edition TJC references. The fact is now every state has a hospital design standard, so for all practical purposes there hasn’t been an ‘either / or’ option… you must follow your state standard. This made moot the fact that TJC referenced the standard that they saw as the minimum. If you always had to follow your state standard, you could always ignore whatever standard TJC provided.

Now I don’t know if I misunderstood the way TJC implemented their requirement, or if that has changed, but apparently TJC’s Environment of Care standard, EC.02.06.05 currently states that when state regulations are silent on a particular design criteria, the Joint Commission recognizes the 2014 FGI Guidelines. This means that the individual design standards within the more recent FGI are required if the standard used by an individual state doesn’t speak to the criteria of that standard.

Said simply, if your state-referenced standard doesn’t speak to whether you need to do something, and FGI does, if you’re a Joint Commission accredited facility, you need to do it.

The two specific MRI requirements that don’t appear in many state-written, or older FGI healthcare design codes, that do appear in the 2014 FGI are the ACR 4-zone and ferromagnetic detection systems (FMDS) requirement. This means that every Joint Commission accredited hospital is likely required to provide four-zone protections, and FMDS in every new or retrofit MRI suite from this point, forward.

Design codes are, by their nature, forward looking. This means that design standards typically allow existing facilities, built before the new standard was adopted, to remain ‘as is.’ So a TJC-accredited hospital that is today installing their third MRI would need to make sure that this new MRI suite complied with the ACR 4-zone, and had FMDS. The two existing MRI suites, if they were built under design standards that didn’t require these MRI safety features, wouldn’t be required by either the state or TJC to be updated just for the safety requirements, but if they were ever modified, including because of an MR equipment upgrade or replacement, then they’d have to be changed to comply with the then-current standard.

The take-away is this… If your site is TJC accredited, you should expect that every capital project involving MRI will invoke requirements for both the ACR 4-zone and ferromagnetic detection. If this isn’t part of your capital plans currently in the works, you should make sure that it gets included.

Now while today TJC requires the 2014 FGI, we understand that they intend to adopt the 2018 edition of FGI sometime in 2019. The 2018 FGI is just as strong on the 4-zone, and even stronger on the requirement for FMDS. The 2018 FGI will also implement facility requirements for securing ferrous materials, patient belonging lockers, and more… but that can wait until next year.

While there is substantial material out there about MRI safety best practices, there is surprisingly little hard-and-fast requirements for MRI safety… particularly with respect to the physical environment. I’m (pleasantly) surprised that the United States’ largest hospital accrediting body now makes it a requirement for their accreditation program that MRI suites, going forward, will have these longstanding best practices in place for the protection of their patients, their staffs, and their MR equipment.

And not only is The Joint Commission the 800-pound gorilla within the United States with respect to its outsized influence on overall hospital standards and practices, what it does in the United States often becomes precursor to other national or international requirements, whether that of its own sibling, Joint Commission International (JCI), or other national standards and accreditation bodies. As both the design and construction standards progress to include ferromagnetic detection, and the hospital regulatory, licensure, and accreditation bodies begin incorporating requirements known to increase MRI safety, I expect that we will continue to see a steady march of FMDS requirements in many places around the world.” 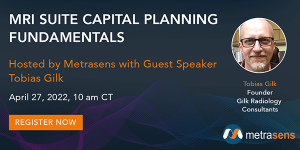 April 14, 2022
In this webinar Tobias Gilk will review some of the most often…
Read More
Company NewsFeaturedFeatured WebinarsMRI Safety FeaturedMRI Safety Webinars 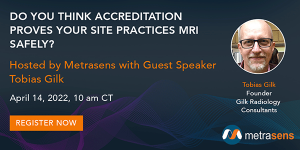 Do You Think Accreditation Proves Your Site Practices MRI Safely? 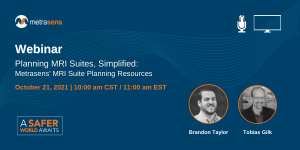